Why Crude Oil Is so Valuable to Everyday Life 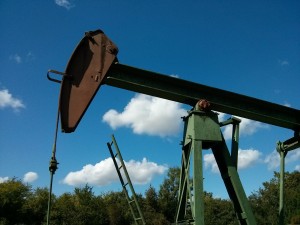 While scrolling through social media, I came across a video from a major crude oil supplier. The video showed the complexity and design of one of their ocean drilling platforms. As a chemical engineer and self-proclaimed engineering geek, I find these videos fascinating. This is not the case for everyone though, as many comments beneath the video were negative, stating that crude oil should remain in the ground. Many people don’t understand the importance of crude oil in our everyday lives. It is more than merely a source of gasoline for fuel burning automobiles. Oil is a major component in the rubber industry.  Every day, we use our o-rings and custom seals made from rubber polymers that are derived from crude oil. These seals are often used in critical applications that help millions of people. Without crude oil, there would be no rubber industry.

From the US Energy Information website, here is the breakdown of US Petroleum consumption by sector for 2017:

Many people are familiar with refineries and know that they produce the gasoline we use to drive our cars, but there are many other products produced at these facilities that go unnoticed. The use of fractional distillation helps separate the different products derived from crude oil through boiling points. Lower boiling points, like gasoline and refinery gasses, are collected at the top of distillation columns, while fuel oils and asphalts are collected at the bottom. Since crude oil consists of long chains of carbon, a catalyst can be used to crack or break the chains into smaller molecules and then separate them into smaller lengths based on what is being produced.

Ethylene as a Building Block

From Organic Chemistry, we know that putting ethylene through chemical reactions can build larger molecules. In the rubber industry, many synthetic polymers are created from these reactions.

Polyethylene (PE) is created through the reaction of multiple ethylene molecules in the presence of a catalyst to break the double bond and connect carbon atoms into a chain. As these chains build in size, the molecular weight continues to increase. Some polymers have molecular weights up into the millions.

Polypropylene (PP) is a very common plastic made up of ethylene (C2H4) molecule with two carbon atoms and a double bond. PP is made by breaking the double bond in the propylene (C3H6) molecule with the presence of a catalyst to form long chains of three carbon atom molecules. Side groups can be added to modify the polymer and form special plastic grades with desired properties. So, when you see the recycling symbol on your water bottle, you can thank crude oil.

Similar chemical reactions are used to make rubber.  Ethylene-propylene (EP) rubber is commonly used to seal automotive doors or create o-rings to seal potable water applications.  EP is simply linked to ethylene chains. Similarly to PP, different polymers can be produced through the addition of side groups.

Also in the rubber industry, carbon black is one of the main filler reinforcements for rubber formulation. This is produced by burning natural gas, coal or feedstock from the bottom of the crude distillation. Many of the other chemicals used in rubber formulation get their start from the ethylene building block.

Mineral oil is a more highly refined oil from crude. Most of the impurities are removed during the distillation of this product. Mineral oil is clear, odorless and safe for a wide variety of applications in cosmetics. One mineral oil that is very common in the cosmetics industry is Vaseline™. Looking at the ingredients list, you may see paraffin oil, white mineral oil, white oil or petroleum oil. All of these are derived from refining crude oil.

The Building Block for Pharmaceuticals

Petrochemicals provide the chemical building blocks for most medicinal drugs. Nearly 99% of pharmaceutical feedstocks and reagents are derived in some way from petrochemicals. For example, aspirin has been manufactured from benzene, which is produced in petroleum refining since the late 19th century.

We Need Crude Oil for Our Daily Life

Currently, with no other substitute, it would be impossible to keep our standard of living without crude oil. We should celebrate how our engineering abilities have evolved to bring simple material from the ground and use it so remarkably. There are other measures that can be taken to improve the state of our earth without the elimination of crude oil, like recycling and reducing waste.

Why Crude Oil Is so Valuable to Everyday Life was last modified: January 17th, 2019 by John Tranquilli