Rubber Blooms: What Are They and Why Are They Important? 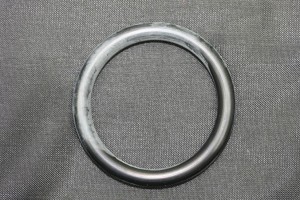 Not all assumed defects in rubber are considered bad. Every now and then, our team at Apple Rubber gets a call asking us about the material found on the surface of a molded rubber part. The material can be described as a white milky substance left on the surface. Customers often think this is a defect in the rubber but in most cases the material, known as a bloom, is supposed to be there.

One of the best real-life examples of this can be found on brand new tires.  If you ever purchase a new car tire, you can see a small, dull, film-like layer on the rubber’s black surface.  If you take your finger and wipe it, the film will remove and show a nice black surface. This film is actual waxes in the rubber that come to the surface or bloom, which gives ozone protection to the rubber.

There are few different cases of rubber bloom that we will present.  In any case, a bloom typically will not affect the performance of the rubber in a given application. 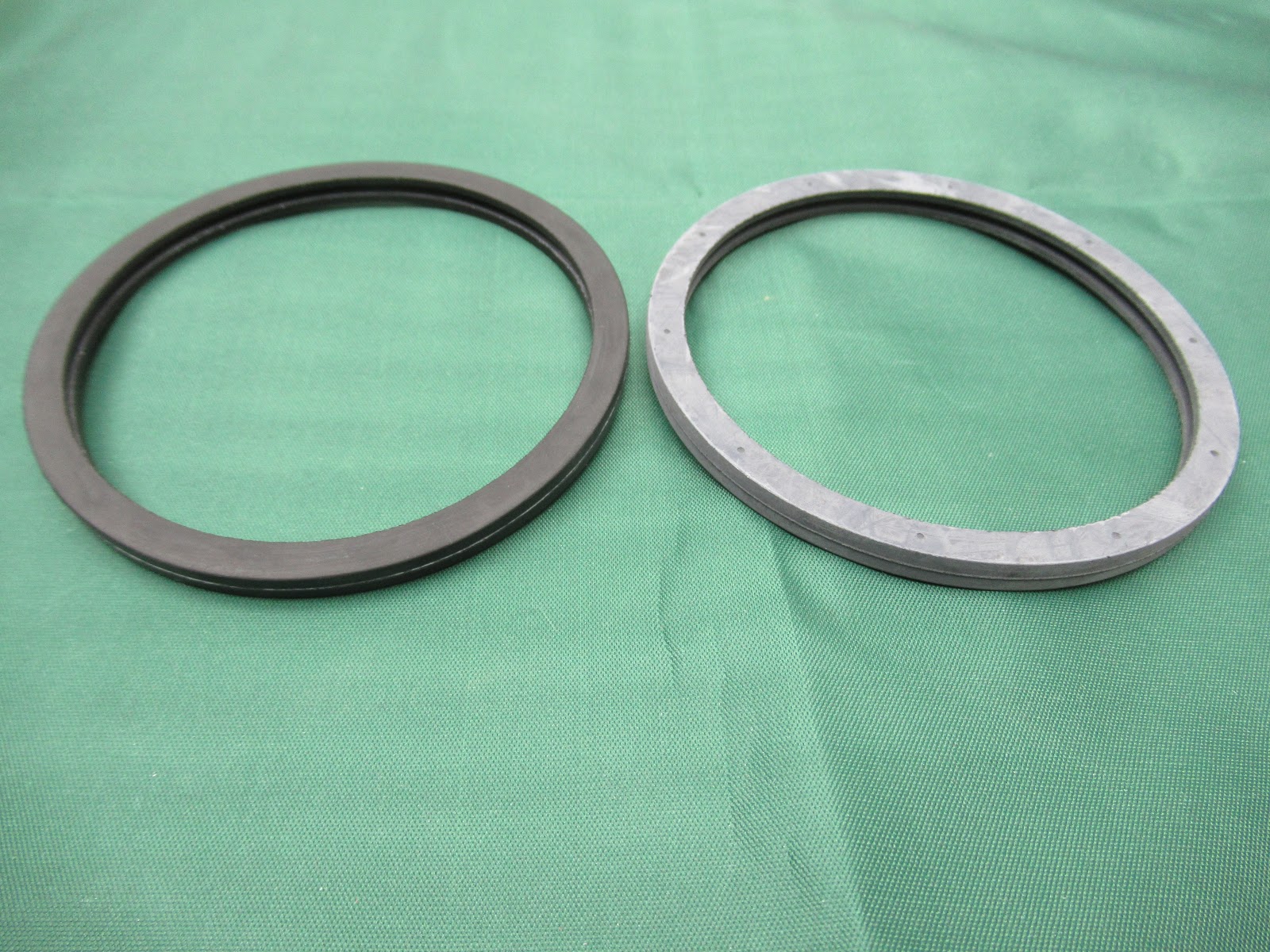 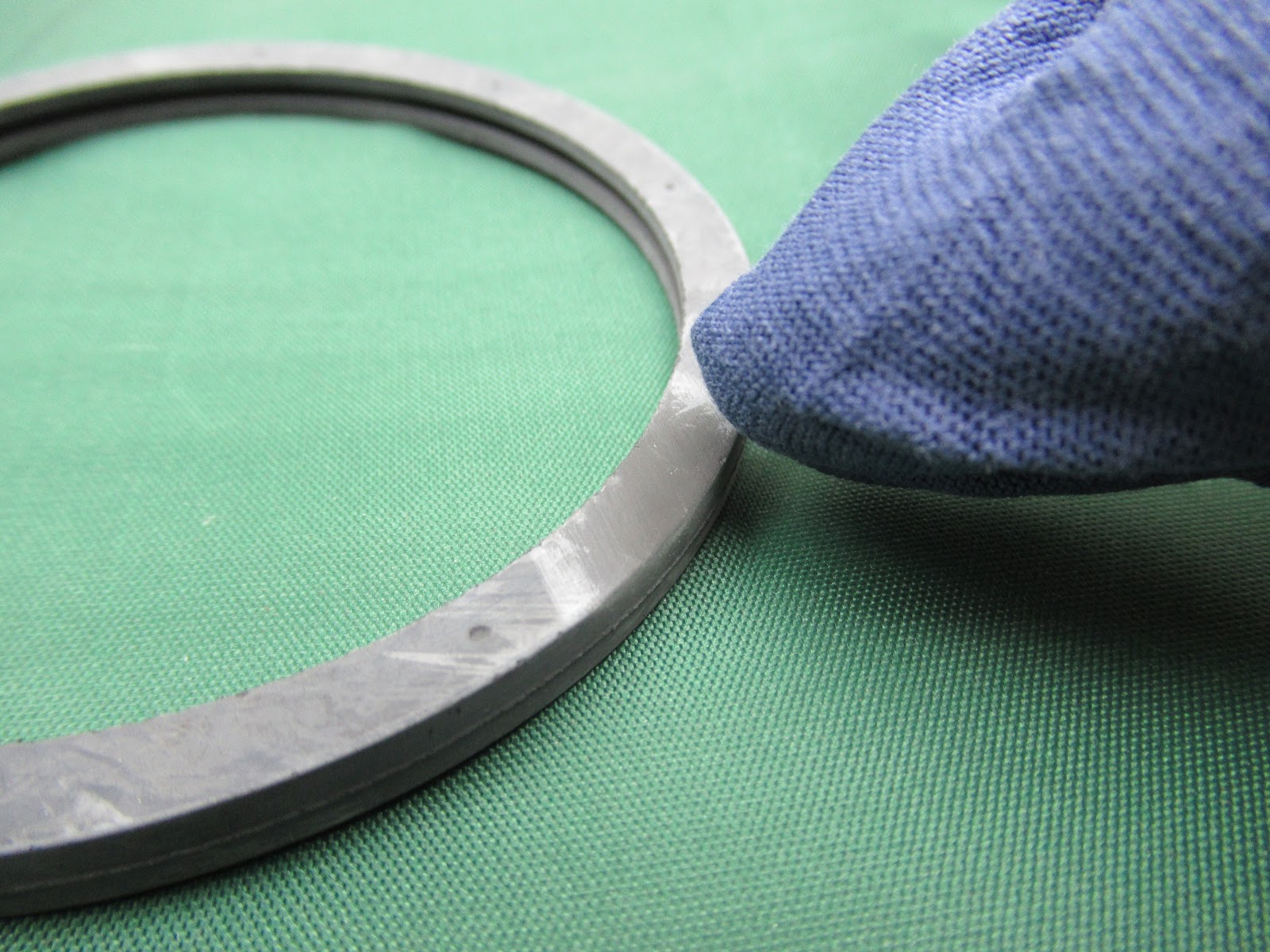 All rubbers, some more than others, will degrade with exposure to environmental factors such as oxygen, heat, UV and ozone. In chemistry terms, these factors cause free radicals to form, which attach to the polymer chains and cleavage bonds in the rubber. This reaction can cause chain scission, which leads to the softening of the rubber or cross-linking—making the rubber harder.

Antioxidants are added to the rubber formulation to scavenge these free radicals and slow the rubber’s breakdown. Antioxidants can be classified as staining and non-staining., and they can ultimately come to the surface, causing bloom.

Antiozonants are used to block ozone from attacking the rubber.  Waxes are commonly used in rubber formulas to bloom to the surface. The wax migrates to the cured rubber surface, creating a barrier.  Thus, the ozone is blocked from attacking the rubber surface.  Internal antiozonants have been used that act as antioxidants.  Combining these two types creates a highly protected rubber compound for high exposure ozone applications.

Sulfur or peroxide is used to cure the rubber during vulcanization.  Sulfur is common in NBR, EPDM and NR compounds.  Peroxide is primarily used in high consistency silicone compounds. If these cures are not sufficiently used up, they can migrate to the surface of the cured part. This creates a white or gray bloom.

In some cases, which typically don’t make it to a customer, plasticizers used in the rubber formulation can migrate to the surface. This is typically in the non-polar compounds where the amount of plasticizer used is greater than the compound can accept. For example, a high acrylonitrile rubber can only accept a small amount of non-polar plasticizer.  Adding too much will cause the oil to migrate to the surface.  This migration is usually caught in the rubber design phase and corrected.

For removal, in most cases using alcohol to wipe the rubber will remove the bloom. Limited contact with alcohol such as IPA will not deteriorate most rubber compounds.  Exposure tables are based on more long term immersion.  Other methods include post-curing the rubber to burn off the bloom. Typically, sulfur cured systems can be put in a circulating oven for four hours at 250°F, while peroxide cures can be placed for one to two hours at 302°F.  In most cases, this will take off the bloom, but over time it can migrate back. There are formulation changes that can be made if required to help eliminate bloom as much as possible. Just keep in mind that sometimes bloom is a good thing, so you might not want to remove it.

Rubber Blooms: What Are They and Why Are They Important? was last modified: February 23rd, 2021 by John Tranquilli