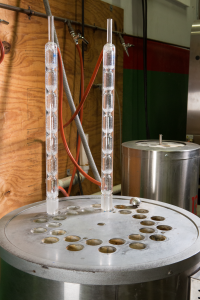 Performance testing is a necessary and beneficial tool in characterizing the material response of an elastomer over time. By subjecting rubber products to oxidative, thermal, and fluid exposure, among other environmental factors, products display their resistance to physical property deterioration as well as usage life. Adjustments to polymer structure, molecular weight, compounding ingredients, fillers, cure system, time and temperature directly affect elastomer properties and their response to environmental exposure.

When testing the effects fluid exposure on rubber compounds, specimens of vulcanized rubber are placed in fluids at known temperatures for specific time intervals, after which their physical properties are determined. Fluid performance tests commonly evaluate for changes in material volume—rubber components used in the automotive, oil and gas, aerospace and many industrial applications are exposed to liquids which can cause material volume swell and affect the overall performance and service life of a product.

Fluid resistance testing, also known as volume swell testing, measures the deterioration of the specimen as it relates to the change in volume of the liquid that it is exposed to. This is done by performing density measurements before and after immersion in test fluids. In addition to volume swell testing, stress-strain properties are evaluated post fluid test: 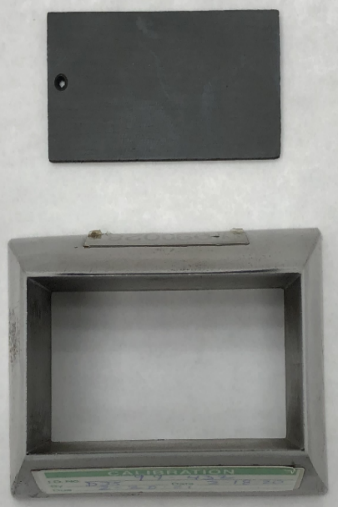 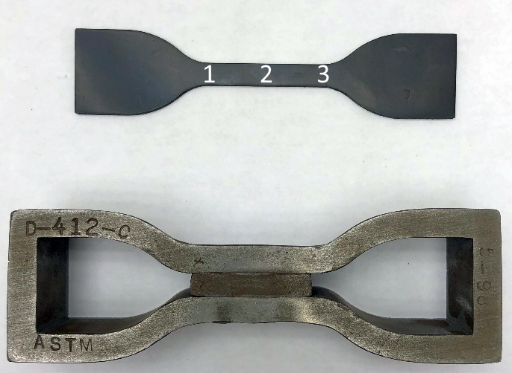 Before beginning any testing, at least 24 hours must elapse between completion of the vulcanization of the samples and the start of each aging interval. Unless otherwise specified, the deterioration of rubber samples fluid aging are carried out in accordance to test method ASTM D 471. As mentioned earlier, fluid aging samples are tested for changes in material volume by taking density measurements before and after immersion in test fluids. Standard test specimens are die cut rectangles having dimensions of 1” by 2” by 0.08” with a small hole punched for the purpose of mounting in the testing apparatus, as seen in Figure 1.

Three standard dumbbell-shaped specimens are also prepared as described in ASTM Test Method D 412. When preparing dumbbell samples, each specimen’s hardness is measured and recorded as well as the median of the three thickness measurements used in calculating the cross sectional area. The cross sectional area is utilized when evaluating tensile strength and ultimate elongation of the dumbbell specimens post testing interval. The ASTM D-412 cutting die and dumbbell measuring points can be viewed in Figure 2. 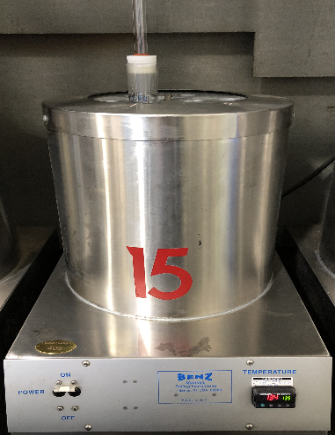 Once all premeasured properties are recorded, samples are placed in the aging apparatus accordingly. For fluid aging tests, a stainless steel wire with glass beads to separate the specimens is assembled. Samples are suspended 1” above the bottom of a large test tube containing 100 mL of testing fluid. The test tube, viewed in Figure 3, is then placed in a temperature controlled heating block and set to test operating temperature with an air-cooled reflux condenser attached. At the termination of fluid aging tests, both dumbbell and rectangular samples are removed from the aging apparatus, cooled immediately to room temperature in fresh testing fluid for 30 to 60 minutes before determination of physical properties post interval.

After the fluid aged rectangular specimens have cooled, dry and wet weights are measured using a digital scale. These values are then utilized in calculating density and volume swell measurements. Dumbbell specimen hardness is measured and recorded next, after which specimens are prepared for the tensometer by clamping the dumbbell between two wedge grips. The tensometer testing machine is calibrated and once the test begins, the upper crosshead stretches the dumbbell until failure occurs and the dumbbell breaks. Each sample is measured simultaneously with the median value reported for both tensile strength and ultimate elongation of the sample lot. The digital scale and MTS Tensometer used in post- testing can be viewed in Figures 4 and 5. 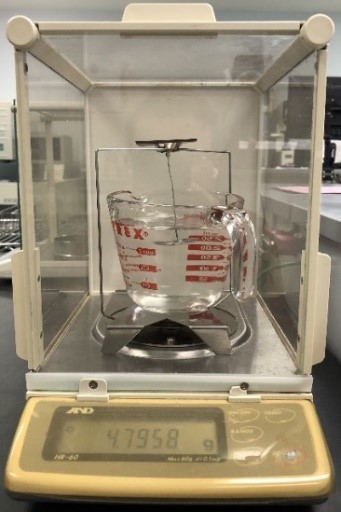 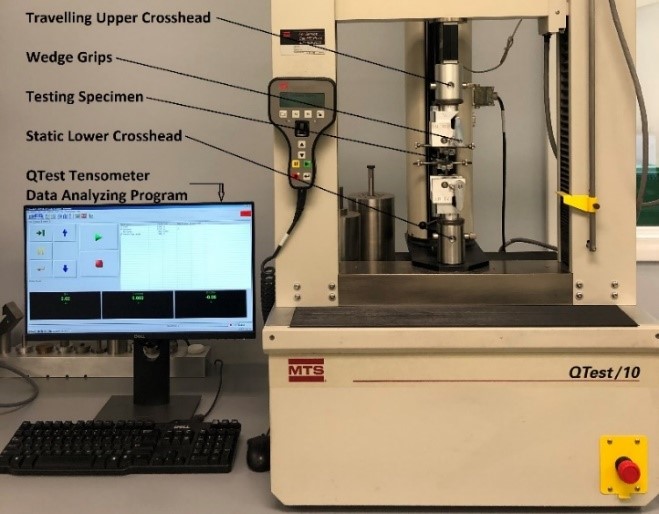 Calculations for volume swell of fluid aged tests are expressed as a percentage of volume change, which is calculated in equation 1:

Hardness changes after immersion interval are calculated in equation 2 below:

Changes in stress-strain properties are expressed as a percentage of change for both tensile strength and ultimate elongation, which is calculated in equation 3 as follows:

When evaluating test results, fluid age reporting must include the following:

An example of a testing worksheet can be viewed in Figures 6. Measurements taken must be validated and initialed by the lab technician performing each test. 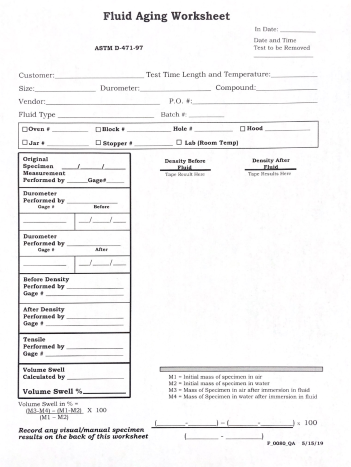 How to Evaluate Fluid Resistance of Rubber Compounds with Elastomer Performance Testing was last modified: April 14th, 2021 by Mitchel Kaufmann