State of the Rubber Industry: Here’s What You Need to Know 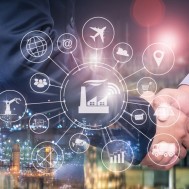 Each year, the Association for Rubber Products Manufacturers (the only national association for rubber products companies) releases a state of the rubber industry report that highlights up-to-date industry findings, includes insights from top manufacturing executives and states predictions for the upcoming year.

This year, we took a look at the 2017 report that included survey results from 96 industry executives. Here are the top rubber manufacturing trends to look out for in 2017 according to ARPM.

The automotive market is dominating the industry.

When asked which single market segment they felt most optimistic about going into 2017, 17 percent of survey participants chose automotive — and the numbers agree. Automobile sales rose for the seventh straight year in 2016, and Morgan Stanley predicts these sales will continue to rise another 2 to 4 percent in 2017. Construction and defense followed closely behind in second and third, respectively.

On the other end, the government market tied for second (12 percent) as the least optimistic market for 2017. With the Trump administration’s mission to cut back on government spending, most leaders believe there’s little room for growth in this sector.

Material science is the next big thing.

One-third of executives believed that material science and development (otherwise known as the physics and chemistry of matter, engineering applications and industrial manufacturing processes) will have the largest impact in the rubber industry in 2017.

“The rubber industry is seeking out more scientifically reproducible methods to predict the effect of the addition of any constituent or additive, as well as processing conditions, on the properties and performance of a given component,” Robin Elerick of Smithers Rapra, explains.

One area this is facing rubber manufacturers is in the automotive industry. As automotive manufacturers face a sharp increase in the cost of elastomers and other additives, they will have to make the switch to higher performance elastomers that can also stand up to higher under-the-hood temperatures.

While some sources point to a weakening industry, rubber manufacturing trends have actually improved over the past 12 months — and are forecasted to continuously rise.

compared to last year. When asked to identify the cause of increased sales, the majority explained they had new programs or increased volume wwith current customers.

Executives remain optimistic for the next year, as 96 percent of participants anticipate steady or increased sales over the next 12 months.

Rubber executives are feeling the stress of customer demands.

For the past seven years, the large majority of rubber manufactures have indicated the demands of customers are becoming more demanding or generally unreasonable. Today, it’s getting worse — 76 percent believe they are more difficult to unreasonable.

This pressure comes from more demands for formal systems to document compliance with government regulations, the struggle to get customers to pay for increasing quality levels and general public lack of understanding of rubber molding.

Out of the entire industry, the sectors feeling the most pressure are aerospace (85 percent), energy (95 percent) and electronics (100 percent).

Offshoring is on the decline.

With reshoring on the rise, the push for offshore suppliers has slowed down. In just one year, the number of executives who indicated their customers were not looking overseas jumped 11 percent. Some of these reasons include:

Almost an equal percentage is less likely to be looking for offshore suppliers, which indicates that those who were interested in offshoring suppliers last year have decided against pushing suppliers overseas.

Raw material prices are increasing – and customers are paying.

When it comes to handling this cost, small and large manufacturers approach customer responsibility in different ways. For small manufacturers (less than $5 million in annual sales), 100 percent pass on 100 percent of the price increase to customers. Larger companies (greater than $50 million in annual sales), on the other hand, are the least likely to pass on a large percentage of pricing changes to customers.

Rubber manufacturers are optimistic about 2017.

Although 64 percent of rubber executives reported that current profits are currently acceptable to great (down from 71 percent the previous year), rubber manufacturers are anticipating more business activity in 2017 than at the same time last year.

What rubber manufacturing trends have you witnessed in the past year? What are you predicting will happen to the industry in 2017? Let us know by tweeting us at @AppleRubber.

State of the Rubber Industry: Here’s What You Need to Know was last modified: March 15th, 2017 by Grace Gerass