5 Benefits That Rubber Has Brought to the Medical Industry 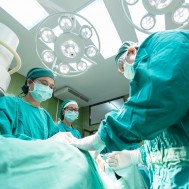 Rubber’s versatility as a material has allowed it to set a standard for medical supplies. Its various applications to the life-saving and health improving work done by medics of all kinds has enhanced the medical industry as a whole. There are, of course, uses for rubber found in many other industries. However, within medical, the uses are both more popular and profitable.

Rubber-based medical supplies and the industry as a whole are a match made in heaven due to the fact that this material can be modified to come in handy for a number of different situations. Medical product manufacturers and distributors know that using rubber as a base can fill a need for so many different areas in the medical industry.

Here are 5 benefits that rubber has brought to the medical industry:

1. There are different versions of rubber.

When discussing the medical industry, the image that comes to mind for most is healthcare professionals providing direct care to patients. As this accounts for a large portion of demand for medical supplies, rubber is beneficial because it is versatile to an individual patient’s needs. The best example of this are patients who have a latex allergy.

About 3 million Americans are reported to suffer from a natural rubber latex allergy or sensitivity. Rubber originally became a very common base for medical supplies because of its low cost and accessibility. However, the wheel was invented when a synthetic form of the material (silicone) became available in the place of natural rubber, maximizing tolerance for rubber products in patients.

2. Use of Liquid Silicone Rubber (LSR).

While the benefits of different forms of silicone are not foreign territory, a more widespread implementation of making medical devices with LSR has certainly had an impact on the industry. LSR is ideal because its properties differ, and in many cases exceed, the capabilities of regular rubber. This is because it cures faster, is compatible different sterilization methods, has very low extractable and residual silicone volatiles, and has improved toxicity and sensitization.

The toxicity of the material is important when it comes to medical supplies that have to be placed directly into a patient’s body. Since latex can cause an allergic reaction, complications and side effects can form when it is used to make these devices. The medical industry is working to eliminate latex devices and components all together, making LSR the better alternative in these scenarios.

Standard practice in the medical industry involves the sterilization of final products to remove unwanted microbial contamination. There are several sterilization methods that are commonly used for medical devices, including dry heat, steam autoclaving, ethylene oxide, gamma radiation and electron beams. Vulcanized rubber components typically can withstand multiple different methods. Device manufacturers should test sterilization methods to determine if it is suitable for the rubber being used.

Rubber in general and LSR especially, which is singled out because of its amazing heat resistance and ability to be sterilized by multiple methods- is extremely popular for the creation of baby care devices. Materials with properties like LSR reinforce the effectiveness of multiple sterilization methods of rubber components. The medical industry likes the fact that by using rubber, it can continuously rely on heat as a reliable way to disinfect. LSR can withstand autoclave sterilization at 134’C over 1,000 cycles with very little physical changes. In addition, LSR can be exposed to 25kGray or 50kGray during gamma sterilization with little or no effect.

There are a number of devices within the medical industry that rubber has become all but synonymous with. That is, modern science could hardly imagine such tools without them. Certain assets to surgery and medical care rely on the unique properties of rubber to accomplish the task at hand. For example, rubber tubing and cord, used on a widespread level in both latex and silicone, has proved to be a sanitary and effective way to transfer bodily fluids, including urine and blood.

Rubber’s flexibility is relied upon for staple hospital products like leg and neck straps. Leg straps are often used to keep fluid bags attached to a patient’s body, while neck straps, among other things, can be used to prevent block biting in shock patients. LSR is again specifically in demand for applications that may want a bit more longevity, specifically for devices that may require a seal or encasing.

Drug-eluting devices are very much a new and vast frontier in the medical industry, and it is one that could not be explored without the use of rubber. The term “drug-eluting” refers to the medical supplies that are placed directly within a patient’s body with the purpose of releasing some type of drug incrementally to have a desired effect on the patient’s condition. LSR is an ideal material to manufacture drug-eluting devices because of its biocompatibility, or its reduced likeliness to cause the patient any negative side effects.

The NuvaRing as a method of female contraception would be a textbook example of a drug-eluting device, as hormones are methodically released within the body as a means of birth control. These devices are also popular with cardiac patients, as the pacemaker could be set up with a drug-eluting device that releases anti-inflammatory medication.

What are some other benefits of rubber in the medical industry? Tweet us @AppleRubber

5 Benefits That Rubber Has Brought to the Medical Industry was last modified: July 13th, 2018 by applerubber