A newer polymer has been gaining more acceptance in the sealing industry to replace expensive materials like FFKM or fluoropolymer while providing greater chemical compatibility to standard FKM grades — Viton ETP®.

Two recognized FFKM grades are Dupont’s Kalrez™ and Greene Tweed’s Chemraz™. A new polymer was designed to give similar chemical resistance of the FFKM polymers, but does not have the same high temperature (+300’C) performance.

Dupont’s Viton ETP® fluoroelastomer is a peroxide-cured FKM designed for extreme applications. ETP® gives resistance to fuel, solvents, acids, bases and amines, while also providing a good working temperature range of -25’C to 200’C. Viton ETP® is just a polymer base, so compounding of the rubber still applies. Various filler systems can be used to change hardness and color.

Viton ETP® is on a magnitude of 10 times less expensive than a FFKM compound.

Viton ETP® is a tetra polymer of ethylene, tetrafluoroethylene (TFE) and perfluoromethylvinylether (PMVE). This chain structure is designed to give excellent resistance to base and polar fluids, while retaining good low-temperature flexibility and general fluid resistance comparable to FFKM materials. 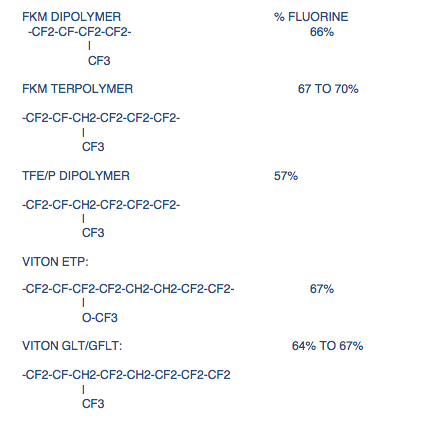 In the spreadsheet below, we can see comparison test data between Viton A ®, Viton GF®, TFE/P, and Viton ETP®. Another very good industry for this polymer is in the oil field environment. Below is a comparison of ETP® to Viton GF®.

Below are some additional fluid resistance. (% Volume Swell) 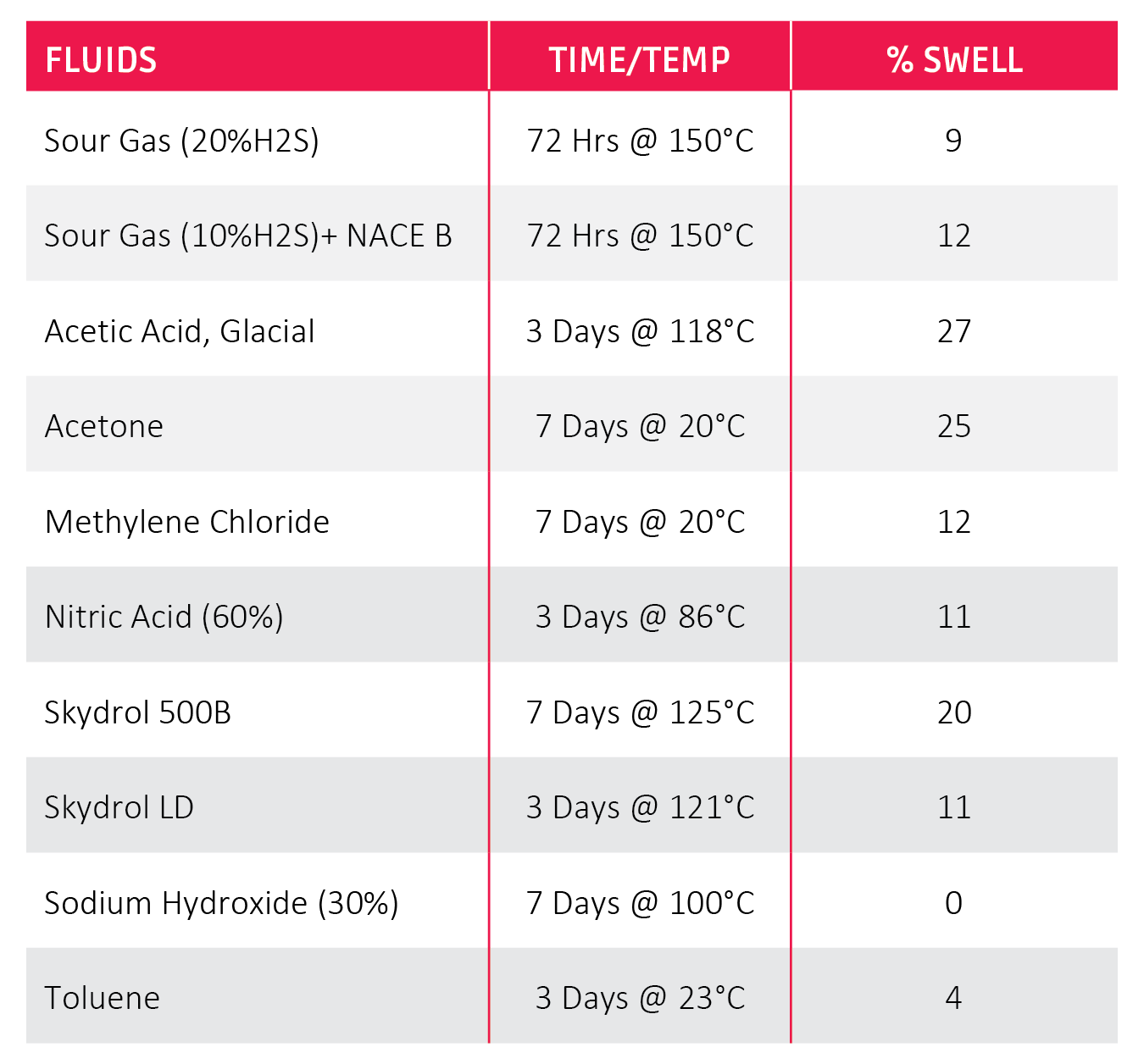