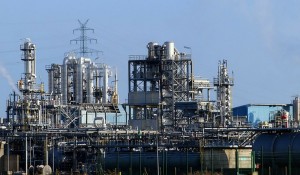 FKM or fluorocarbon rubber is used throughout many different industries.  These rubber compounds give exceptional heat resistance with compatibility across many fluids or chemical exposures.  The most commonly known name for these compounds is “Viton,”™ which has become the generic name for all FKM polymers and rubber compounds.  Generic use can lead to problems when setting up specifications or making sure you have the right polymer for the application.

Different rubber molders use different polymer suppliers.  When specifying Viton™ on a part print, a molder could be limited to a specific compound, which could increase the cost of the part requested.  It is best not to specify and instead, lay out your physical requirements and general FKM. Most of the suppliers provide a polymer that will work for many applications.

Chemours has a Genuine Viton™ program which specifies that only Viton™ polymers make up the formulation of the FKM rubber compound.  Apple Rubber will only provide Viton™ if requested by our customer. Our recommendation is to request Genuine Viton™ instead of just Viton™.

2. Only One FKM Polymer.

Viton A-401C – This is a polymer that is bisphenol-cured, and the cure is already incorporated into the polymer when sold.

Viton GF-600S – Considered an APA polymer, this is high fluorine and peroxide-cured.  F type polymers have even more fluorine content than B types.

Viton Extreme ETP-600S – A relatively new polymer that provides the highest level of fluorine and the maximum chemical resistance. Can compete with some Kelrez™ or FFKM polymers in specific chemical exposure applications. It is more expensive than standard compounds, but a lot cheaper than FFKM compounds.

Each FKM supplier sells a competing polymer base or has additional performing alternatives.  Some are better for low temperature and some have better base resistance. We don’t recommend calling out polymers on part specifications because polymers on prints limit the molder.  We have seen customers call out Viton™ A-401C on rubber part prints and many compounders will use a non-incorporated cure polymer and add the cure themselves. Customers will still get the same compound performance, but without limitation.  Also, the polymer is only one component of an FKM compound. Filler and processing aids still constitute a significant portion of the rubber compound. Giving actual physical requirements will better maintain customer part requirements.

One of the downsides of using FKM rubber is the lack of low-temperature performance.  Many polymer suppliers will use standard FKM polymers, which can be used down to -25°C, while low-temperature polymers can work down to -40°C.  Low-temperature performance really should be evaluated by users based on the application of the seal. FKM compounds will perform better in static applications at low temperature, compared to dynamic applications.  The material will harden as the temperature lowers, thus affecting seal deformation and possible leakage. Tolerance stack up becomes very important in assuring there is still sufficient compression on the seal for sealing in lower temperatures. The use of lower temperature polymers can significantly increase the price of the part. 3M markets a polymer that has a Glass Transition (Tg) at -40°C, Dyneon™ LTFE 6400X. This polymer can perform at -60°C depending on the application.

We see many requests for quotes of FKM compounds lower than 55 Shore A durometer.  Standard compounding for FKM polymers is polymer, carbon black or white filler, curative and processing aid.  With just 3 phr carbon black, the durometer is 50 to 55. Carbon black or white fillers are needed to give physical properties to the rubber compound. Therefore, the only way to make it softer would be to add oils or other processing aids, which would significantly affect the integrity of the FKM rubber compound. Cheap oils could extract out when exposed to chemicals and solvents. Oils frequently burn off when exposed to high heat. Both of these factors are typical reasons for using FKM rubber. Our range for FKM compounds is 55 to 90 durometer. Standard compounds run 55, 65, 75 and 90, all +/- 5 Shore A durometer points.