How to Avoid Seal Failure in Low-temperature Environments 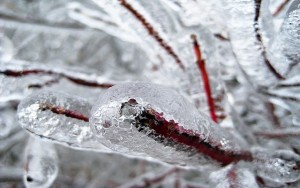 The trouble with temperature

Low temperature performance can make or break a final application. Exposure to low temperature can contract elastomeric materials, resulting in decreased compression and possible leakage. Rubber must be able to deform in order to provide a working seal. When seal materials are exposed to lower temperatures than their designed limits, seals become less flexible and brittle.

When seal materials reach low-temperature limits, they will harden and resist deformation to pressure, causing leak paths. The seal will also undergo a compression set, which means it will leak when heated back above the low temperature.

Different tests can be conducted to gain a complete picture of the low-temperature properties of a specific rubber compound. Since there is no universal test that will provide all of the necessary information, engineers must perform the right tests for a given situation.

There are three standard low-temperature tests to measure physical characteristics and material performance:

1. Brittleness (ASTM D2137). This test measures the ability of a material to withstand breaking when bent at a given temperature for a specific period of time.

2. Temperature Retraction (ASTM D1329). This measures the temperature at which frozen rubber returns to an elastic state.

3. Torsional Stiffness Ratio (ASTM D1053). This measures the ratio from when a material is twisted, first at room temperature and then at a given low temperature.

Some of the other tests used are the ASTM D7426 Glass Transition Test and a slight variation of the ASTM D2240 Durometer Test. These tests give a general idea of low temperature performance, but have limited value for seal applications. For example, a material might not break at -40°C, but the material could be stiff enough to allow leak paths.

While we will dedicate a later post to the methods used to show test differences, today we will focus on ASTM D2137.

Part I: Brittleness Point of Flexible Polymers and Coated Fabrics

ASTM D2137, or the brittleness test, is fairly easy to perform and is commonly used to determine the shatter/brittle point of a material. This test is equivalent to freezing a piece of material to a set temperature and then striking it to see if it shatters.

For this test, we utilized a Benz Model E Brittle Point Tester. This covered top apparatus uses liquid nitrogen to cool the test fluid to the appropriate temperature, which in most cases is methanol (extreme low-temperature testing requires a different fluid such as pentane due to methanol’s freezing point). 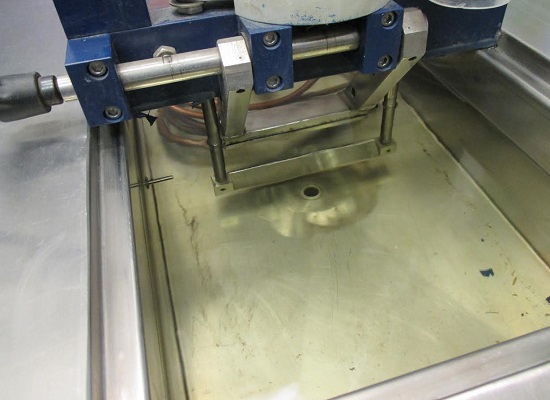 Five Type A test specimens are punched out of a test slab and set in a clamp that should be torqued down to between .15N – .25N. 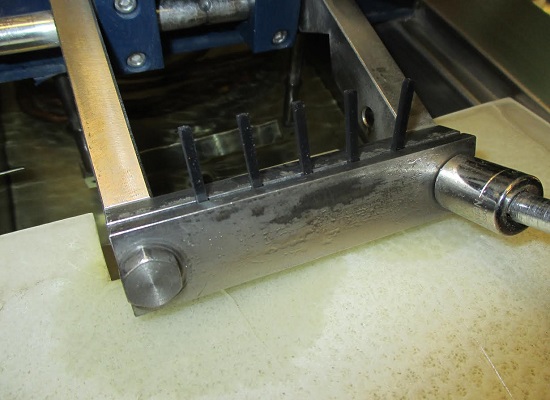 The test specimens are then conditioned for 3 minutes before sending a striker bar up into the specimens at a speed of at least 6 ft/s. 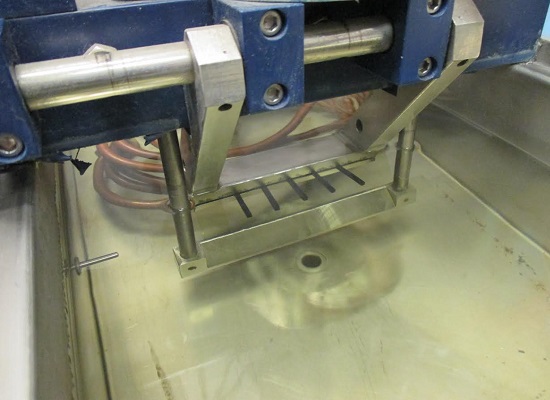 The brittleness test method can also be used to determine the brittleness point of a material.  Below is an example of different materials that were tested between -40°C to -60°C at 5-degree intervals to show how the material can change as temperature decreases. 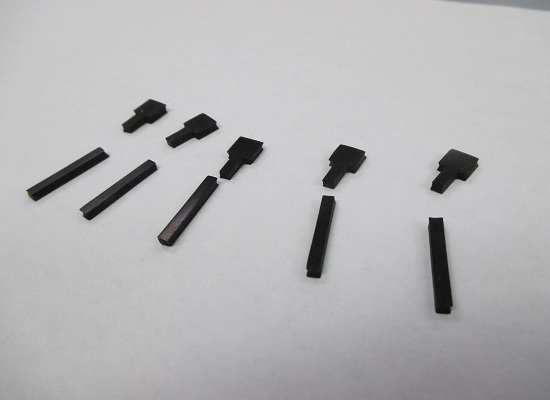 This general test can provide a template for use during the ASTM D2137 test, which specifies that the temperature drop interval should only be 2°C. The data is listed below for three materials:

Although this test helps determine which materials can take higher stress at low temperatures, it certainly comes with some drawbacks. Since this test is the equivalent of hitting a material with a hammer, the test can be passed at lower temperatures by increasing the strength of the material to be tested. This is evident in the 10BN7AP results, which is a much stronger material than the other two materials. This may not actually improve sealing properties, however, since the rubber might be inflexible and unable to deform to maintain a seal at those temperatures. To determine this, a different test would be necessary to show that loss of flexibility.

Low-temperature performance can be a very important characteristic of an elastomeric compound. Reducing the temperature of the environment surrounding the rubber article will have a negative impact on the rubber properties, which is why thorough testing is always essential to seal success.

How to Avoid Seal Failure in Low-temperature Environments was last modified: September 28th, 2015 by Nathan Enser