Apple Rubber is always working with our customers to overcome new problems and obstacles that are presented to us within a seemingly infinite range of applications and possibilities. Recently, we came across a project where a rubber-to-metal bond and low friction installation were not only required, but had very high priority in the function of the part.

When first presented with the project, the customer wanted to accomplish two goals as part of a  two-step process:

1.) Molding the rubber to the metal and creating the bond. The goal was to achieve a 100% bond with no bond issues when the rubber is flexed.

2.) Adding a Teflon coating to the surface of the rubber. This proposal was to aid in the installation process because of the high level of force needed to insert the part.

Step one went off without a hitch — step two is where we ran into issues. The part could only have the Teflon coating on the rubber, and not on the exposed metal, because of specific contamination concerns in their specific application. The part could be shielded during the coating process, but it added cost and lead time they were not expecting. This pushed the customer to look to us for alternatives, which is where we introduced  them our series of internally lubricated materials.

The use of internally lubricated compounds has proven especially effective in applications requiring low friction performance without the reduction of squeeze. These materials have a small percentage of homogeneously dispersed lubricants in the form of erucanides (natural fatty acids), Teflon®, paraffin waxes, petroleum and molybdenum disulfide. Internally lubricated compounds have been successfully incorporated into ethylene propylene, nitrile, Neoprene™, fluorocarbon, and silicone.

The customer was intrigued by the idea, but had one problem with the internally lubricated materials: they worried that the lubricant would rise to the surface of the bond, damaging the adhesion.

– 01VT7EE and 09VT7EE are both 75 Shore A bisphenol cured FKM compounds.
– 09VT7EE has a percentage of PTFE milled into the compound before cured.
– 27BN7AP and 29BN7AP are both 70 Shore A sulfur cured NBR compounds.
– 29BN7AP has a small percentage of erucanide in the formulation.

The test used was the ASTM D429 Method C, which measures the adhesive bond strength of rubber that has been vulcanized to a conical substrate. The substrate ends are pulled apart in tension. 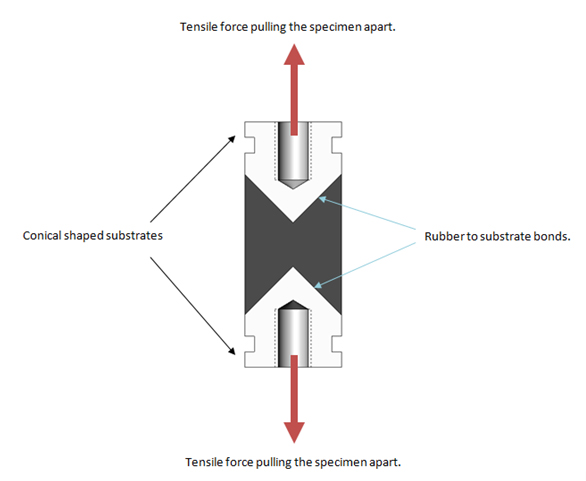 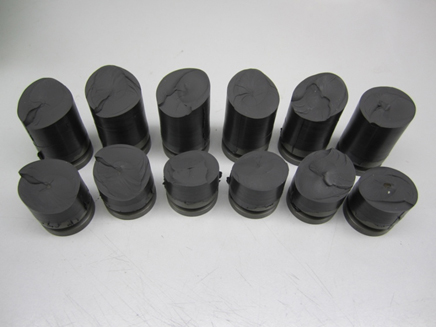 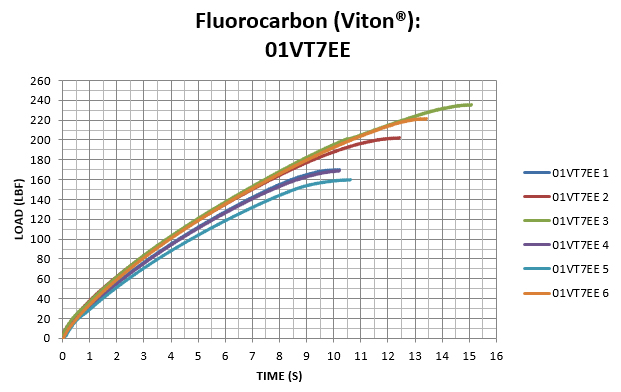 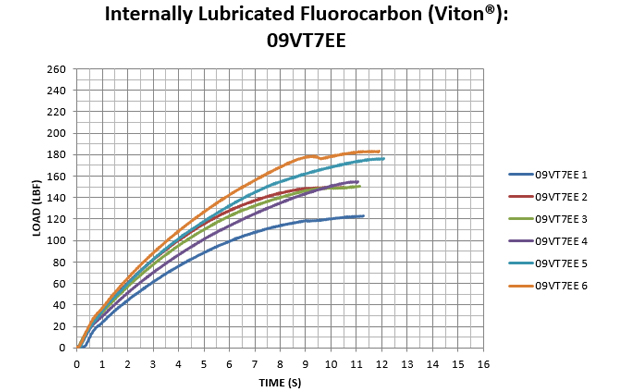 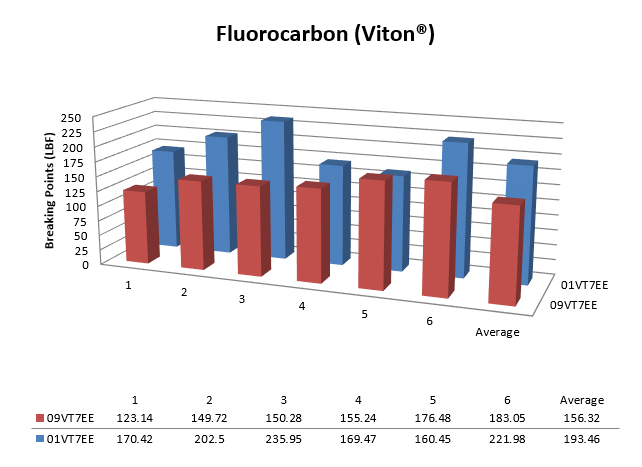 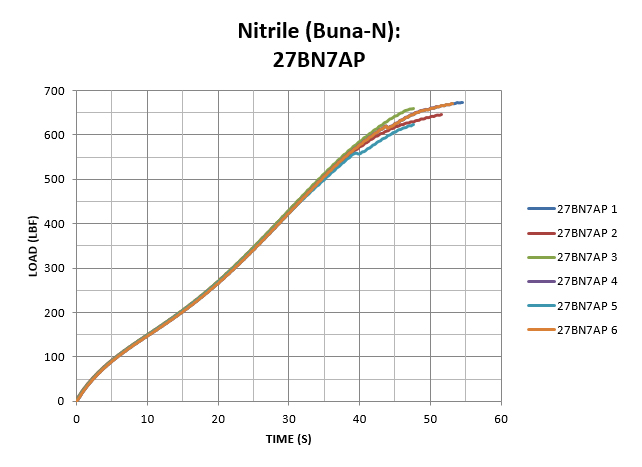 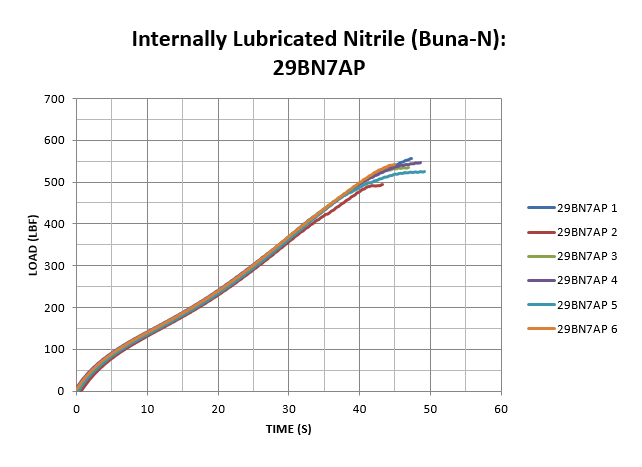 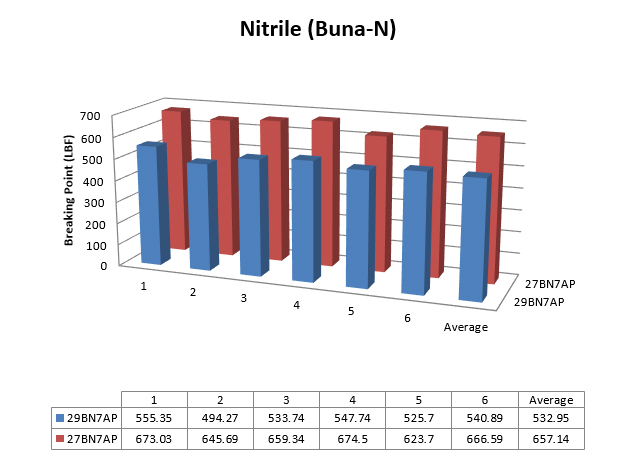 In both materials, we can see there is indeed a drop-off in the pounds of force needed to cause failure. The difference, on average, between the standard material versus the internally lubricated material was a drop of 37.14 pounds for Viton® and a drop of 124.19 pounds for Buna-N.

Interestingly enough, in both cases the internally lubricated material’s bond dropped, on average, about 19 percent in pounds of force. The myth is correct in the sense that the internal lubricant has a negative effect on the bond strength, but it is wrong on the point that the bond would be a failure. Although the bonds were indeed lessened, both materials still accomplished a very effective bond.

For the internal lubricated samples, there was bond failure at the metal surface. The lower force could be result of the non-reinforcing effect of the filler matrix by the internal lubricant. This is a very good solution for projects where a bonded seal configuration is needed and a lower insertion force for assembly.