Why a STEM Education Will Be a Benefit to You 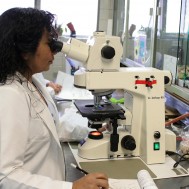 A STEM education, or a background in science, technology, engineering or mathematics, has been a buzzword in the United States for quite some time now. Some of the emphasis on the benefits of STEM education has come from the government, like the Obama administration’s “Education to Innovate,” created after there were too few students in the US reportedly pursuing these degrees.

Whether it be young students or established professionals, encouraging more Americans to pursue a STEM education has become synonymous with investing in our country’s future. Here are 5 reasons why a STEM education will not only benefit the U.S., but you as well:

1.Growth of the industry.

Statistics that support continued growth in STEM related industries are reassuring to those seeking employment security, and for the relevance a STEM education will retain in the coming years. The growth rate of employment in the STEM field has grown by 79 percent since 1990, trumping other occupations’ rates of just 34 percent.

This is largely due to the fact that traditionally non-tech industries are ramping up in-house departments where STEM skills are in demand. You may have seen it at your own company: manufacturing businesses no longer exclusively hire engineers or those with backgrounds in manufacturing. STEM professionals are in demand for monitoring cybersecurity, IT services and expanding digitalization, among other things.

Student debt, and whether or not higher education will land you a better-paying job to offset that debt, has become somewhat of an epidemic in the United States. In fact, tuition levels have skyrocketed so much that it has become the second largest purchase most Americans will make in their lifetime, next to buying a home, in most cases.

One of the cases made for STEM careers is that alongside their forecasted growth rates, employers are willing to pay for workers that possess this background. In other words, the money you pay for your STEM education will have greater value in the long run when compared to other paths of study. Pew has survey research that says most Americans equate a STEM education with a way out of poverty.

As previously mentioned, a STEM education is no longer only valuable in tech industries, but traditionally non-tech fields as well. Another one of the benefits that a STEM background presents is more mobility when it comes to your employment. Refining these skills in school will allow you to have a larger segment of the job market opened to you. Some companies even offer enhancements to your STEM education through specific training based on job skills, like our Apple Rubber Academy. 2011 data shows that 20 percent of American jobs required significant knowledge in at least one of the STEM fields, and that number has continued to increase.

Another reason there are more opportunities present for STEM students compared to others is that there are still too few students pursuing these degrees in the United States. The output from educational institutions in STEM programs still does not add up to the number of STEM jobs that need to be filled, which means more job availability and less competition for these applicants. When determining which college majors make the highest salaries in their first five years of employment, STEM majors top the list. Computer science is first, with a median entry-level salary of $70,000.

There seems to be a taboo associated with STEM education. Though these fields have retained their significance, the US is still falling short: in 2013, 40 percent of US companies could not hire for a certain position due to lack of STEM skills, and these skills are highly perceived. Pursuing an educational background in these skills is essentially the first part of your “training.” A STEM education works to verify your usefulness in the tech industry or tech-related jobs.

There is also still a discrepancy when it comes to the types of people that are likely to pursue a STEM education. Females account for part of this, with one study stating that only 60% of girls understand how STEM skills would be relevant to their career pursuits. In addition, Americans of African or Hispanic descent are more underrepresented in the STEM workforce than in other fields. Increasing the diversity of STEM industries is a worthy goal for the nation as a whole.

5. Part of the American economy’s future.

Technology is here to stay in American manufacturing, as well as in all other industries. Interactions with machine technology and artificial intelligence places a higher value on employees who have backgrounds in science, technology, engineering, and math. A STEM education is still perceived as a very exclusive background because most of these skills are taught to be mastered. In addition, STEM curriculum is lagging in the US compared to other developed countries, even at an elementary level. Young students are forced to seek out a STEM pathway on their own, rather than it being built into their education.

It is for these reasons that STEM backgrounds still seem so few and far between. The demand for these skills make jobs that require them high paying and widely available. The need for more diversity, both on the basis of ethnicity and gender, suggests that there’s more that can be contributed to these industries in the future. A STEM education promises a future of growth and many possibilities for those who make the choice to pursue it.

Want to learn more about the education we offer?

Visit our online Academy and sharpen your engineering skills.

Why a STEM Education Will Be a Benefit to You was last modified: August 10th, 2018 by applerubber