What you Need to Know about the Latest Aerospace Manufacturing Trends 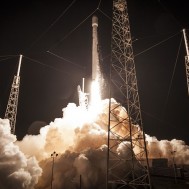 As manufacturers face a number of emerging challenges in 2015, manufacturing remains an attractive industry in the U.S. — particularly in aerospace manufacturing, which has taken flight over the last few years.

What other trends will impact the aerospace industry? We’d love to hear your thoughts. Connect with us on Twitter @AppleRubber

What you Need to Know about the Latest Aerospace Manufacturing Trends was last modified: September 10th, 2015 by dimillo