5 Big Aerospace Manufacturing Trends to Look for in 2018 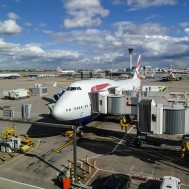 Though the futures of some conventional methods of land travel have been called into question, the future of aerospace industry, is in fact, looking up.

Even as airplanes have not changed much structurally since they first hit the mainstream, the International Air Transport Association (IATA) has said that they expect the rate of air travelers to nearly double by 2035. As for the stagnancy of aerospace construction, it continues to challenge engineers to optimize aircrafts when it comes to operations, sustainability, and design.

Advances in technology in different sectors of this industry can still stimulate and affect other sectors. Here are 5 aerospace trends to keep an eye out for in 2018:

Aerospace manufacturing giant Boeing is again setting a standard with its Dreamliner 787-10, set for its first scheduled flight out of Singapore in May of this year. International airline giants like Singapore Airlines and Emirates have already made multiple commitments to utilize this model, the largest of Boeing’s Dreamliner family.

The model seats 40 additional passengers when compared to other models. However, one thing that remained the same between models was design: about 95% of the prototype is shared between the 787-10 and the 787-9. Randy Tinseth, a Boeing employee of almost 30 years, pointed out that this optimized the testing process as well.

An increased demand for interior lighting systems has resulted in a forecast for the aircraft cabin lighting market to be worth $2 billion by 2022. A shift is currently occurring across the board from photoluminescent lights to LED lights. These organic LEDs are more efficient to install and require no software.

There is research being done that translates to manufacturing, on the psychological effects of lighting on passengers. Airlines seek to understand how in-flight experience is affected and sometimes enhanced by mood lighting. Results have shown that long-distance passengers feel more relaxed under mood lighting.

Aerospace companies are working with manufacturers to install these adaptable and fairly lightweight systems in the cabin, where airline operators can change the color and brightness of the lights. Major companies are also focusing on the repair services for cabin lighting.

Carbon fiber- reinforced plastic, or CFRP, is a lightweight yet durable material that is in high demand by aerospace manufacturers, particularly in the United States. It is a viable alternative to metals like steel and iron, and there is a rising demand in aviation sectors of the Asian Pacific market.

As CFRP stands though, there are limitations to its usage, as the material costs are high and production processing is slow; often making metallic products more cost-effective. However, “traditional design techniques have led to the development of components that are not topologically optimized, often constrained by the processes and methodologies that have been practiced for decades in metallic products,” says Mark Summers, Aerospace Technology Institute (ATI)’s head of technology.

CFRP is the more logical option for the foundation of the future aerospace industry to be built on, because of its through- life durability. The industry as a whole is moving towards utilization of this material on the mass market for aircrafts.

Airlines are continuing to invest in the next generation of seating, not just for first class, but for economy as well. New designs are giving airlines the power to essentially customize: picking between controllers, cup holders, tray tables, literature racks, USB sockets, and more.

Upgraded aircraft models like the 787-10 are now fit for upgraded seating, like the Stelia Opal product which is available for Dreamliners. The Opal seat is part of a class of compact staggered seating, which do not sit directly on the aisle and fully transition into flat beds.

Though new seat models aboard aircrafts are clearly exploring their creative license, they will still need to be certified for safety purposes, the head injury concern in particular being of the utmost importance.

5. Aviation as a business tool.

Air travel is increasingly being acknowledged for its function in the corporate world, as access to airports around the world is seen as an asset to the way modern business is conducted. The business class makes up a significant portion of the air traveler market, as they account for an estimated 12% of consumer revenue, but as much as 75% of an airline’s profit on any given flight.

There is also a substantial market for small business planes, as a demand for these models is born out of a desire for convenience. Air travel is time efficient, and a quick means to get to almost any location for a meeting is attractive to most business owners.

This trend entails more access to international airports, the increased supply of pilots to fly the aircrafts, and maintaining safety, says Scott Neal, the VP of Global Sales at aerospace manufacturer Gulfstream.

What trends will be big this year in the aerospace industry?

To talk all things aerospace, from commercial and business aviation, to CFRP usage, Tweet us @AppleRubber to continue the conversation.

5 Big Aerospace Manufacturing Trends to Look for in 2018 was last modified: March 8th, 2018 by applerubber