Welcome to the Next Industrial Revolution 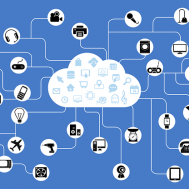 Welcome to the next Industrial Revolution, or Industry 4.0, where everything we use on a day-to-day basis consists of smart, connected products talking to one another for our benefit.

When we think about the Industrial Revolution, we imagine 19th century steam engines, the electric-powered factories fueled by mass production in the early 20th century and the rise the manufacturing economy. That’s actually the second Industrial Revolution. The third Industrial Revolution — which we lived through in the 1990s and the first decade of the 21st century — focused on the explosion of information technology. In 2011, German thinkers proposed the dawn of a fourth Industrial Revolution — a disruption that promises to transform the workplace and finally make the entire world of objects revolve around your specific, individual needs.

The concept of Industry 4.0 refers to a further developmental stage in the organization and management of the entire manufacturing process. Industry 4.0 is characterized by smart devices that can actually take control of machines on the shop floor by communicating device-to-device to manage manufacturing operations.

Essentially, this next phase in manufacturing will mark a completely new approach to production: 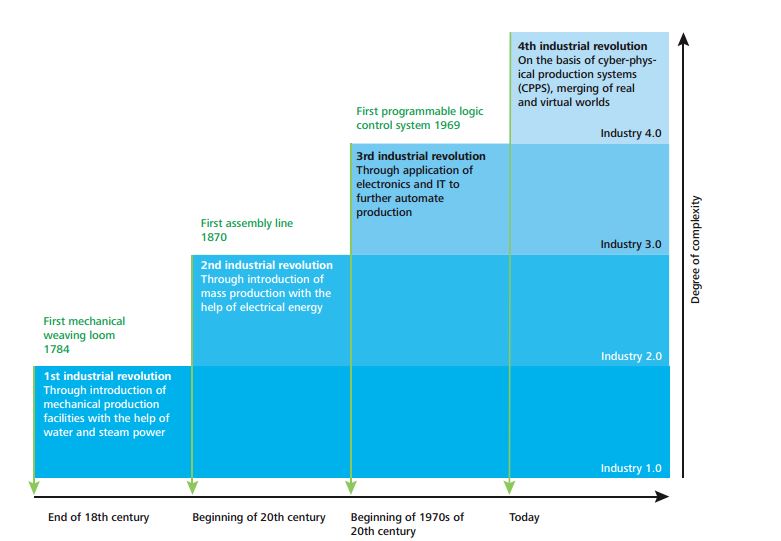 The fourth Industrial Revolution derives its name from a 2011 initiative led by businessmen and politicians who defined it as a means of increasing the competitiveness of Germany’s manufacturing industries through cyber-physical systems, or CPS.

CPS refers to the integration of smart, internet-connected machines and human labor. Factory managers are not simply reimagining the assembly line, but actively creating a network of machines that can produce more with fewer errors while retaining a high degree of efficiency.

Although the trend is still in its infancy in some manufacturing companies and industrial sectors, it’s already well underway in others. Traditional industrial economies such as Germany and the United States. expect Industry 4.0 to bring many advantages — ranging from enhanced global competitiveness to opening more domestic production locations in Europe and North America.

Links to both business and social networks play increasingly important roles in the digital transformation to Industry 4.0. This era features the production-side equivalent of the consumer-oriented Internet of Things, in which everyday objects such as cars, watches and toasters are connected to the internet.

One of the more tangible aspects of this industrial revolution is the idea of service-oriented design. For example, the communication between smart products and the smart machines manufacturing them allows the monitoring of product use to determine when they will give out. And the process is not just limited to phones and electronics — everything from custom-fit clothing to custom shampoos and soaps are at the consumer’s disposal.

“This type of scenario could create a significant level of manufacturing agility that would make it possible to connect customer needs with a company’s ability to deliver a product – virtually on demand,” says Gordon Benzie of Marketing Communications director for Apriso. “Consumers can now influence design and control production. Manufacturers can now adapt quickly to specific consumer demands. Add in new technology that creates an unprecedented feedback loop between companies and their customers in which products could actually be designed – or highly influenced – by the end-user, and you have the makings for a revolution in how products are designed and produced.” 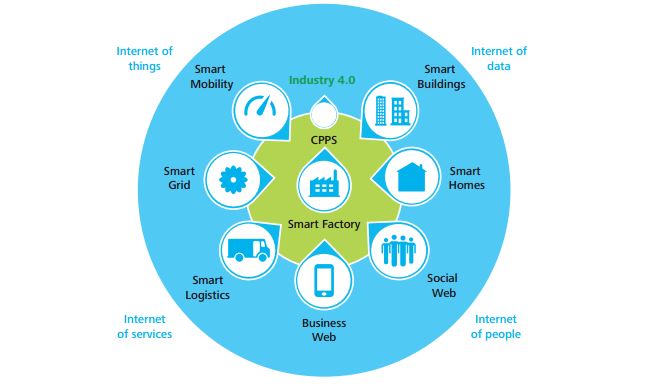 Below are 10 trends that show how this movement will impact the industry (and our world):

2. Mass customization. Today’s efficiency will allow new variations that have never been possible.

4. Internet of Things. By 2020, 30 billion devices will be connected to the internet.

5. Remote control. Mobility will make it possible for plant managers to monitor and manage production from a mobile device.

8. Reshoring. The decision to offshore must include new factors as manufacturers adapt.

10. Sustainability. New processes and responsiveness will drive new levels of sustainability by reducing waste during the production process.

“What all these terms and concepts have in common is the recognition that traditional manufacturing and production methods are in the throes of a digital transformation,” notes Dr. Philipp Merkofer, Deloitte manufacturing researcher. “For some time now, industrial processes have increasingly embraced modern information technology, but the most recent trends go beyond simply the automation of production that has, since the early 1970s, been driven by developments in electronics and IT.”

The fourth Industrial Revolution has already begun to transform products, consumer expectations and how companies manage production. Although some processes may still be in beginning stages, one thing is for certain: Industry 4.0 is already upon us and everything suggests that we are heading into the age of the smart environment.

How has your manufacturing organization adapted to industry 4.0? What big changes will be made in your near future? Connect with us on Twitter @AppleRubber or get in touch with our expert engineers.

Welcome to the Next Industrial Revolution was last modified: October 27th, 2015 by dimillo