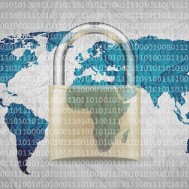 Recent news headlines that Facebook collects and reports on the data of a possible 87 million of its users has again made cybersecurity part of the national conversation. Sheryl Sandberg, Facebook’s Chief Operating Officer, has stated that the social network plans to hire 5,000 more cybersecurity workers, but also that people should expect to pay for privacy on a site where they input their own data.

Cybersecurity has become a trillion-dollar industry, since American businesses lost a combined $525 million in 2015 after a failure to secure their networks. In an era where personal data and intellectual property are everything, health care and government are no longer the only areas where there are cyber threats. As an industry where cybersecurity is not typically of the highest caliber, attacks on manufacturing firms are on the rise.

Sometimes a focus on efficiency in hardware operations rather than oversight makes businesses an easy target for web attacks. Here are the top cyber security tips to integrate into your manufacturing business:

1. Set up first-time response for breaches.

Cyber breaches typically do not follow a “one-and-done” model in the sense that hackers are likely to take advantage of a breach and extract as much data as possible from an organization. It is for this reason that hardware should be set up to react defensively after an incidence.

The system should lock down after detecting that a restricted party gained access to the site, whether it was temporary access or not. A system lockdown means that there is little to no internal support for the unrestricted party to access whether or not they gain entrance.

Going along with this, multi-tiered authentication methods should be used as a security tool in order to increase system complexity for a potential hack. Methods such as this put time on your side in the event of a data breach. Ideally the system will identify restricted access while the breach is still struggling to outsmart the various levels of clearance required.

Penetration testing is basically a practice session for the hardware systems of your manufacturing firm. You can hire an IT expert to internally execute penetration tests for your company, or look externally for a cybersecurity firm to perform the service.

The reason that cyber attacks are one of the most likely risks to a 2018 business is that companies are still neglecting to correctly manage their data. Any form of digital presence in the Internet of Things (IoT) means that your firm should have a defensive policy when it comes to cyber threats, regardless of which industry you operate in.

Though the future of our passwords has been called into question, they remain as the gateway that stands in the way of any user accessing data. There are several steps that can be taken in order for an administrator to create a strong password.

Interchanging between uppercase and lowercase characters in a password increases the time it takes most bots to decrypt any type of security. 8-12 characters, as many sites now require, is a target length to create a decently safe password.

Though one can add special characters to improve the strength of a password, a password is only as strong as the cybersecurity of its business. Continue to invest in data management methods, and have definite dates to reset passwords.

What are some other cybersecurity tips that manufacturers should integrate into their business model? Let us know by connecting with us on Twitter @AppleRubber.