The 3 most common O-Ring design flaws 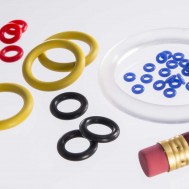 Designing an O-Ring involves rigorous testing and attention to detail. In order to meet high-quality standards — like in the aerospace and medical industry – we cannot leave room for error.

With that said, sometimes it’s nearly impossible to achieve perfection despite the thorough work of our chemists and engineers. They can, however, be aware of common tendencies and O-Ring flaws so that each and every product is properly designed and executed.

Below are three of the most common O-Ring design flaws, according to Materials Manager John Tranquilli.

If an O-Ring cross section is too large, it over packs the gland which can cause failure.

“The O-Ring must be displaced in the gland, or else the force to compress the O-Ring will exponentially grow,” said Tranquilli. “This means it won’t fully compress, which leads to leak paths for the fluid to escape.”

This is why it’s crucial to have the proper ratio of gland volume to O-Ring volume.

As a general rule of thumb, maximum O-Ring volume should not exceed 90% of the minimum gland void. The below picture shows an example of an O-Ring being packed into a gland. The result? Too high of an insertion force to place the piston in the bore, equaling premature failure of the seal: 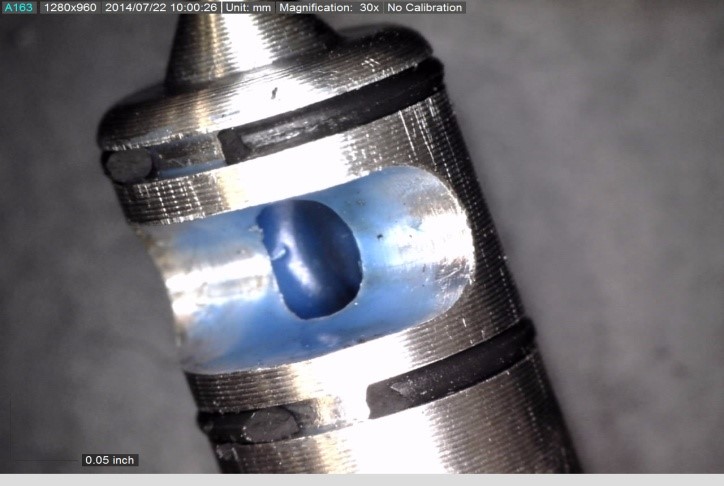 As you can see, there must be space within the groove to allow for volume swell, thermal expansion and increasing width due to squeeze.

The lesson: Excessive gland fill can cause sealing problems and contribute to early onset of O-Ring deformation.

All elastomeric parts require different tolerance levels. When it comes to specifying metal tolerances to rubber, however, it gets a little tricky.

“With lot to lot variations of raw materials, metal tolerances should not be used,” said Tranquilli.

As an example, designers will add +/- .001″ to an O-Ring dimension or standard tolerance blocks of +/- .005″.  This can result in a great increase in cost of the part due to the higher quality requirements. And remember, O-Rings perform best when they’re allowed to properly form within the groove.

Properly designed O-Rings should be robust enough to be manufactured according to RMA tolerances.  Rubber compounds are a mixture of different ingredients, which then go through a chemical reaction to crosslink or cure.  This process leads to many different variables, which results in fluctuation in the shrink rate of the compound.

By following RMA tolerances, you can compensate for this fluctuation of the compound shrinkage and the allowed cavity tolerances.

The lesson: Applying too much tolerance will cause the part to be 100% measured rather than forming in the properly designed groove.

Failing to limit the compression of an O-Ring can cause premature failure due to a higher level of compression set.

Rule of thumb: Static seal cross-sections are generally compressed from 10% to 40%, whereas dynamic seals are from 10% to only 30%.

The O-Ring should always be allowed to deform in the groove to create the seal. This is the most crucial component to remember — elastomeric O-rings are unlike many materials that designers encounter, because O-Rings must first deform to function properly.

For many flat gasket application, a force is applied until a seal accomplished.  Over time there will be a loss of compression due to compression set of the rubber – which is why this must be taken into consideration and properly evaluated in the beginning stages.

The lesson: Lengthen the overall sealing force and life of an O-Ring by assuring there is a limited squeeze on the rubber.

The combination of stresses that act on O-rings can be complex and difficult to evaluate. Because of this, it’s important to be aware of common O-Ring design flaws to help prevent failures within your system. And remember, with flaws or without flaws, it’s equally important that both the O-Ring compound and size be thoroughly tested throughout the process.

The 3 most common O-Ring design flaws was last modified: September 8th, 2014 by dimillo