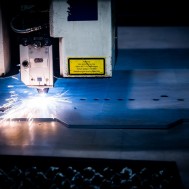 Every successful sealing solution is supported by the right material for the application. Each rubber material has specific strengths and weaknesses that make it an optimal choice for some applications, while failing in others.

Apple Rubber offers six standard rubber materials to choose from that are commonly used throughout a wide range of industries. Take a closer look at some of the important characteristics of each:

Chloroprene, also known as Neoprene, is one of the earliest synthetic rubber materials to be developed as an oil-resistant substitute for natural rubber. Because of its broad range of desirable capabilities, chloroprene is used across the map for a wide variety of applications and industries.

Ethylene-Propylene has become increasingly accepted across the sealing industry for its excellent ozone and chemical resistance. With good resistance properties across the board, one of the only notable limitations of this elastomer is that it has no resistance to hydrocarbon fluids.

Fluorocarbon, commonly known as Viton®, is a universal o-ring material. With high temperature resistance and outstanding chemical resistance, this rubber polymer is often used in aircraft engines and automotive fuel handling systems. While fluorocarbon is resistant to many chemicals, it should not be exposed to ketones, amines, low molecular weight esters and ethers, nitro hydrocarbons and hot hydrofluoric or chlorosulfonic acids.

Fluorosilicone is most often used in aerospace applications because of its high and low-temperature stability and excellent fuel resistance. However these advantages, along with others, have made this polymer increasingly more popular for a wider range of industries. Fluorosilicone is generally used in static seal applications due to its limited physical strength, poor abrasion resistance and high friction characteristics.

Nitrile, or Buna-N, is currently the seal industry’s most widely used and economical elastomer. Nitrile is commonly used in oil-resistant applications, low temperature military applications and off-road equipment, as well as in the automotive, marine and aircraft industries.

Silicone is a renowned elastomer known for its retention of flexibility and low compression set. With one of the widest working temperature ranges of all elastomers, silicone is often the go-to sealing material for a wide range of applications.

6 Standard Rubber Materials and What You Need to Know About Them was last modified: April 14th, 2020 by applerubber