Possible Impacts Of Russian Sanctions on the Rubber Industry 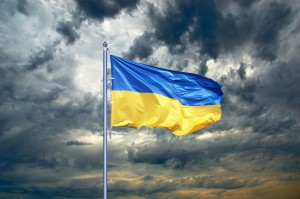 On February 21, 2022, Russian forces invaded Ukrainian territories. This action was met by swift condemnation from many nations. In addition, many nations pledged to impose sanctions on Russian industries. Russia’s vast oil and gas reserve plays a big role in the rubber industry. With supply chains already under considerable stress due to COVID, this will only add to the problems for the price and supply of rubber goods like carbon black, polymer, and oil exports.

Synthetic rubber production requires oil and gas. In 1991, the Soviet Union was the largest producer of synthetic rubber, accounting for over 20% of the world’s production. By 1995, the Russian Federation had dropped its output to roughly 10%. Over the past 10 years, new production has helped increase the export of rubber from Russia. With over 1,000 metric tons of synthetic rubber polymers coming from Russia, the loss of this polymer will again put a strain on the already tight supply chain. Synthetic rubber for the seal industry is EPDM, FKM, and NBR. With many of these polymers on allocation, it will be difficult for companies to source new supplies if they have been relying on Russian polymers.

The US imports over 500,000 barrels of oil and gas from Russia per day. At present, the administration is resisting putting sanctions on the energy sector. However, based on uncertainty alone, the price of oil and gas has already increased. Oil and gas are used to produce US-made polymer, carbon black, and other chemicals used in rubber formulations. As the prices of these materials increase, the cost of most rubber formulas will also increase. Even non-oil-based rubbers like silicone see an increase in price due to rising transportation costs and the additional cost of mining raw materials. Rubber manufacturers will continue to see monthly increases in mixed compounds as well as increases in transportation surcharges. This will put pricing pressures on molded goods.

The rubber industry hasn’t seen uncertainty like this since the 1970s. At present, Apple Rubber is fortunate to not be directly dependent on Russian polymers or carbon black. Apple Rubber will continue to maintain adequate safety stock levels when possible in order to prevent supply disruptions. However, we do recommend providing rubber manufacturers with the best purchasing forecast for the year so they can convert their raw materials to finished goods and maintain their stock.

Contact Apple Rubber and we’ll see how we can help out.