The Effects of Methanol on Rubber Elastomers 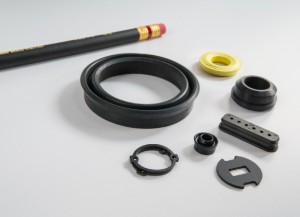 The global demand of methanol continues to change and grow.  As fracking leads to lower natural gas prices, North America is set to be a net exporter of methanol by 2017. A recent article by Chemical Engineering titled “The Changing Role of Methanol” (July 2014) shows the importance of methanol as a building block because it is the basic compound for producing numerous other chemicals.

Since methanol is used as a renewable energy source, we see increased blending of traditional gasoline and the production of biodiesel. Methanol is also widely used in the petrochemical industry to make products like enamel coatings, adhesives and synthetic rubber.

As the production and use of methanol increases, two potential trouble spots related to rubber seals can appear:

1). Current seals in older applications where addition of methanol as an additive can cause rubber swell.
2). Sealing process equipment used in the production of methanol.

Methanol affects different polymer grades with respects of volume swell. For sealing applications, it is critical to have the correct polymer that allows for a given volume swell. 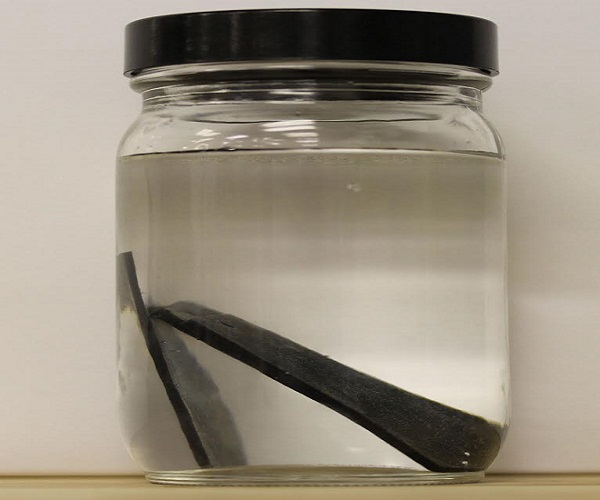 Current seals, especially in the automotive industry, use standard dipolymer FKM materials for fuel service. With the addition of 10% methanol, or the new E85 standard, these seals can fail due to swelling caused by methanol exposure. New seals must be engineered from more resistant materials.

It is important to look at temperature range and exposure to pick the correct material for new seal designs. The table below shows the level of volume swell for several compounds at different service temperature ranges. As shown, traditional FKM compounds have the greatest volume swell, which contradicts traditional thoughts that FKM is the most chemically resistant polymer.

The benefit of FKM is that there are no processing oils used in the compounding of the material.  This is important because methanol is an excellent solvent and can extract plasticizers used in rubber compounds which, depending on how the methanol is being used, can cause contamination issues.

As shown in the table below, it is necessary to use a polymer with a high fluorine level, like the terpolymer FKM, to give a good resistance to the methanol. If multiple solvents are in play, and there is a need for a higher level of chemical resistance, Viton ETP(tm) can be used.

An FFKM polymer provides the best chemical resistance, but these compounds can run into thousands of dollars per pound and may not be the best choice where cost is a major factor.

Another option is NBR compounds, which can withstand a wide temperature range while still providing low volume swell.  A 14% ACN compound can perform down to -65’C, while a 33% ACN can perform as low as -50’C. One limitation is that NBR is attacked by ozone, so seals exposed to the environment will have a lower service life due to the deterioration of ozone on the polymer. Also, typically 10% of a compound is plasticizers which can be extracted.

HNBR is similar to NBR but has a greater resistance to ozone. HNBR offers improved physical properties and greater abrasion resistance than other polymers.  It also has a broad temperature range and great dynamic properties–making it an ideal solution for the oil and gas industry–and it is typically compounded with low amounts of plasticizers to help reduce extraction. 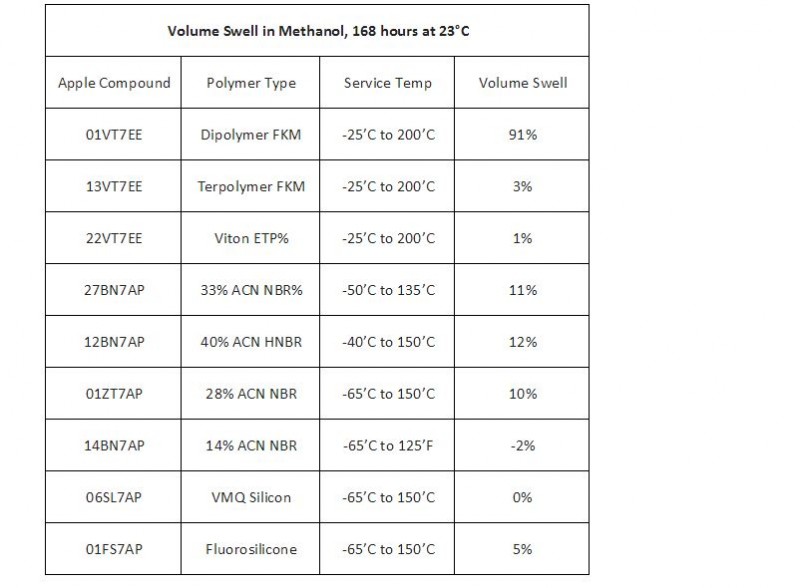 The Effects of Methanol on Rubber Elastomers was last modified: October 25th, 2016 by John Tranquilli