The Effects of Temperature on O-Ring Function 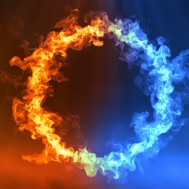 Performance in low temperature environments is an often overlooked characteristic in rubber seals. Low temperature can cause elastomeric materials to shrink, increasing the likelihood of leaks. Seal failure caused by low temperatures occurs in one of two ways:

Exposing o-ring elastomers to high temperatures can cause physical and chemical deterioration. When exposed to extremely high temperatures, o-rings soften and swell within the gland, causing increased friction in dynamic applications.

A number of special compounds have been developed to provide dependable o-ring sealing performance in high temperature situations. These include:

These compounds feature heat resistance to at least 400°F, with some reaching up to  600°F for short periods. An additional number of o-ring materials feature temperature resistance to 300°F, with special resistances to particular fluids or environmental factors. For example, ethylene propylene offers high resistance to steam.

Looking for help with o-rings and material offerings?

Connect with one of our engineers here.

The Effects of Temperature on O-Ring Function was last modified: April 11th, 2022 by applerubber